First, a historic cold snap during early September, dropping from low 90’s to high 20’s for two days, preceded by frantic harvesting of delicate crops like basil and tomatoes.
Then, four days of increasing warmth, and Benjamin’s encore performance on a shining, breezy, Indian-summer day. 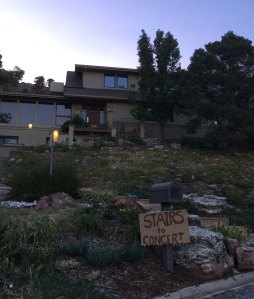 A newly learned pop-song made it onto the program, and like last month’s concert, folks hungrily soaked up the energy and vitality of Benjamin’s live performance. 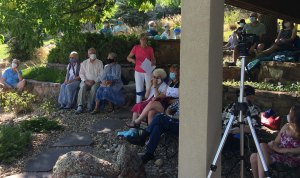 Special guest, Kailey, again contributed a solo and sang a duet with Benjamin from their covid-postponed show, Once Upon A Mattress.

The slanting afternoon sun made Benjamin’s poi-swings glow like fire, and after this beautiful closing act, a black bear made his surprise appearance below the stage area! 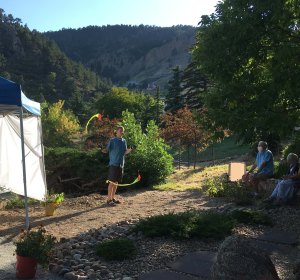 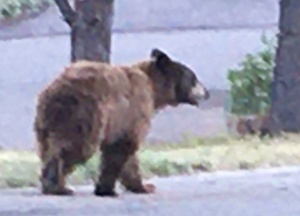 Lovely messages from audience members – many thanks for these visible tokens of appreciation! 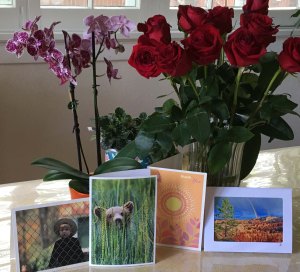